Cryptocurrencies have been rapidly growing in popularity in recent years, forcing governments of many countries to introduce regulations to try and keep some sort of a leash on the various types of cryptocurrencies. Even though cryptocurrencies can hardly be regulated since they are digital currencies and do not exist physically, there are some regulations set down by different countries.

However, it is important to note that the landscape is a dynamic one, constantly changing and evolving, influenced by many factors. On that note, here are the different regulations for various countries regarding cryptocurrencies to help you better understand how they work.

In Japan, cryptocurrencies are legal and are treated as property. Their exchange is also legal, but it is required to be registered with the Financial Services Agency (FSA). Compared to other countries, Japan is very progressive when it comes to cryptocurrency regulations. In April 2017, Bitcoin, along with other digital currencies, was recognized by the government as legal property as per the Payment Services Act. Japan is the biggest market for Bitcoin globally. As a result of growing concerns however, the Japanese Virtual Currency Exchange Association or JVCEA has been put in place to ensure regulatory compliance.

Currently, the UK has no specific laws as such that deal with digital currencies, but they are not recognized as legal tender. However, their exchange is legal, but it must be registered with the Financial Conduct Authority or FCA. The government has announced that the taxability of cryptocurrencies is highly contextual and depends on the parties involved and the activities since they cannot be considered as traditional payments or investments. It appears the country will work on targeted regulations soon, as announced by Mark Carney, Bank of England governor last year. 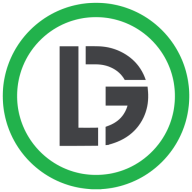